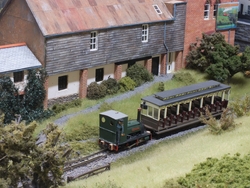 Launceston Steam Railway in Cornwall is a delightful 2ft gauge line built, owned and operated by Nigel and Kay Bowman. Nigel and Kay have been extremely helpful allowing me generous access to the station site to take measurements and photos in preparation for the building of the layout and rolling stock.

At Launceston there are four Quarry Hunslet locos − Lilian, Covertcoat, Velinheli and Dorothea. The four model steam locos have been built by adapting kits produced by Brian Madge. The electric motors are hidden inside the boiler/tank assemblies and the drive is by a rubber belt housed inside the firebox. This method of driving small chassis was developed by Nigel Lawton. The tenders for Lilian and Covertcoat have been scratch-built in brass. Two coaches have been adapted from etches supplied by Allen Docherty of Worsley Works. Another has been built using some of the parts from a kit supplied by Parkside Dundas with added scratch-built parts. The fourth coach has been adapted from a 3D printed Isle of Man carriage supplied by CWR Railways. 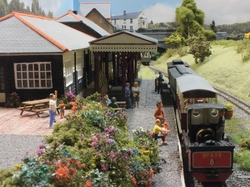 Other items of rolling stock have been built from kits, including special members' kits supplied by the 009 Society. Track-work is by Peco and SEEP point motors have been used throughout. Greenwich couplings have been added to all the stock, and automatic uncoupling has been achieved by using, either fixed magnets hidden under the track, or electromagnets supplied by Gaugemaster and mounted below the baseboards. The buildings have all been scratch-built using card, plastic and Redutex sheets. A wide variety of ground cover and foliage has been used to create the scene, including items from Green Scene, Woodland Scenics, Noch, and Polak.

Launceston was featured in Railway Modeller in May 2017. 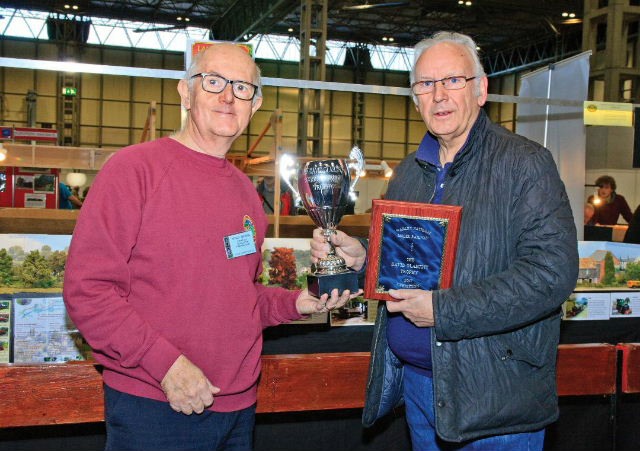 Launceston was awarded the David Glascott Trophy for the ‘Best Narrow Gauge Layout’ at the Warley National Model Railway Exhibition held at the NEC, Birmingham in November 2017. The photo shows the trophy being presented to Richard by Pete Waterman (Photo : Craig Tiley, Railway Modeller). 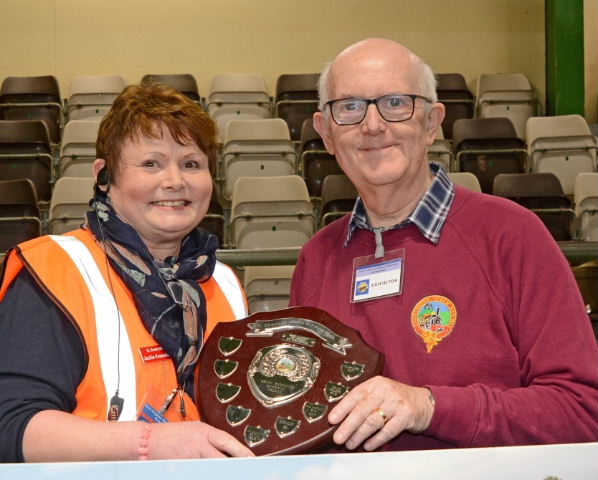 Launceston was awarded The Derek Briars Memorial Shield for the Best Layout at the Weston-Super-Mare Model Train Show in September 2018 and was awarded another "Best in Show" at the Letchworth Exhibition in December 2018. 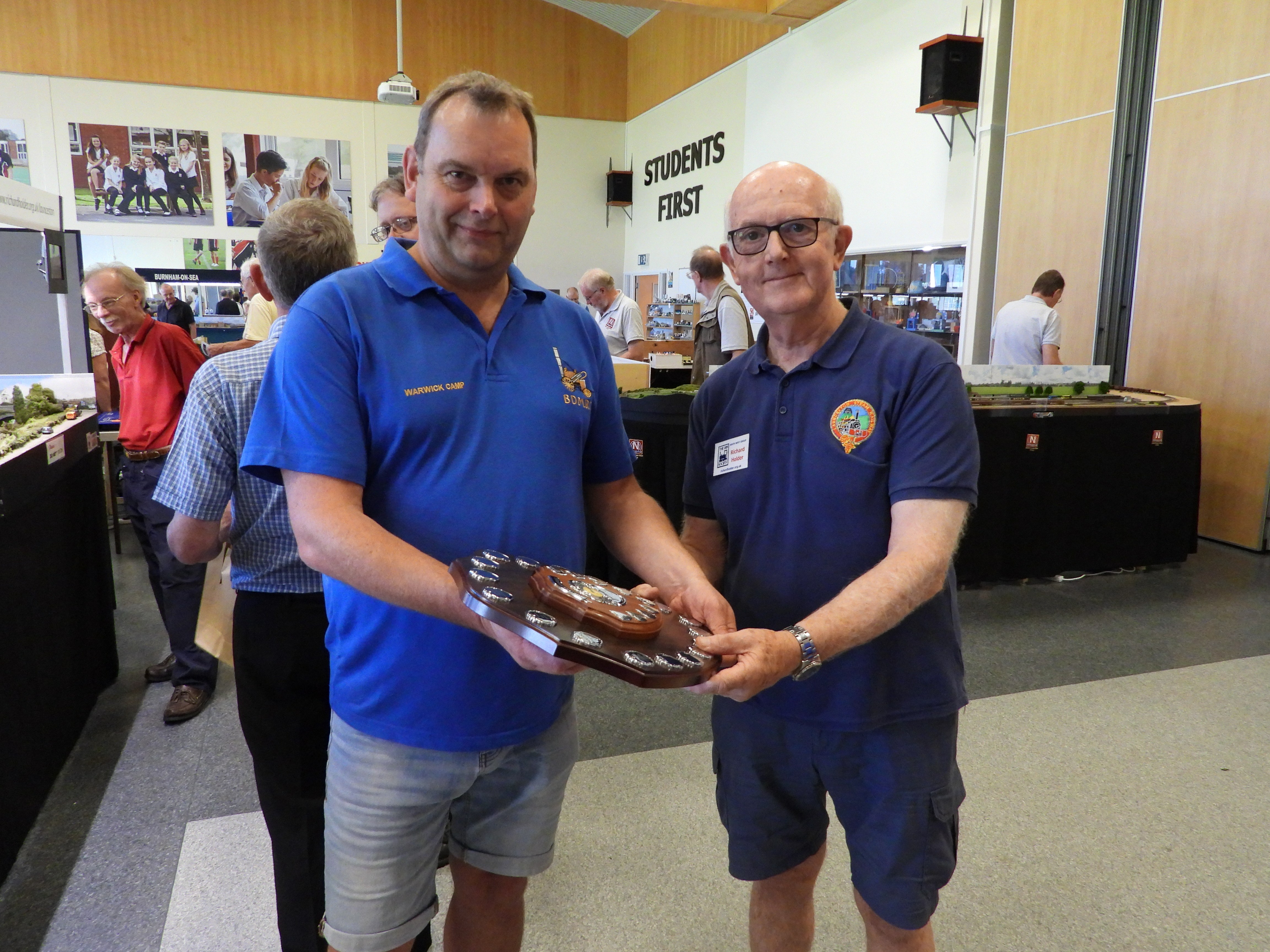 At the Burnham and District Model Railway Club's Exhibition held at Highbridge, Somerset, in August 2019, Launceston was voted "Best in Show" by the visitors to the show.

If you would like to see what it would be like to take a ride along the line on the model of Launceston Steam Railway, click here. The video was produced by Hugh Norwood, a fellow OO9 Society member, whilst the layout was being exhibited at the York Show at Easter 2019.

Click to go to the photo album for Launceston Steam Railway.

Click to see a video of Launceston Steam Railway.

Lauceston is currently appearing as part of the ALTON "Febex" virtual exhibition. The "exhibition opened on Monday 1st Feb and is available to view online for the next six months.

Launceston is scheduled to appear at the following exhibitions:

If you are interested in having Launceston at your exhibition then here is some useful information for exhibition managers. To contact me please use the contact box at the top of the screen.